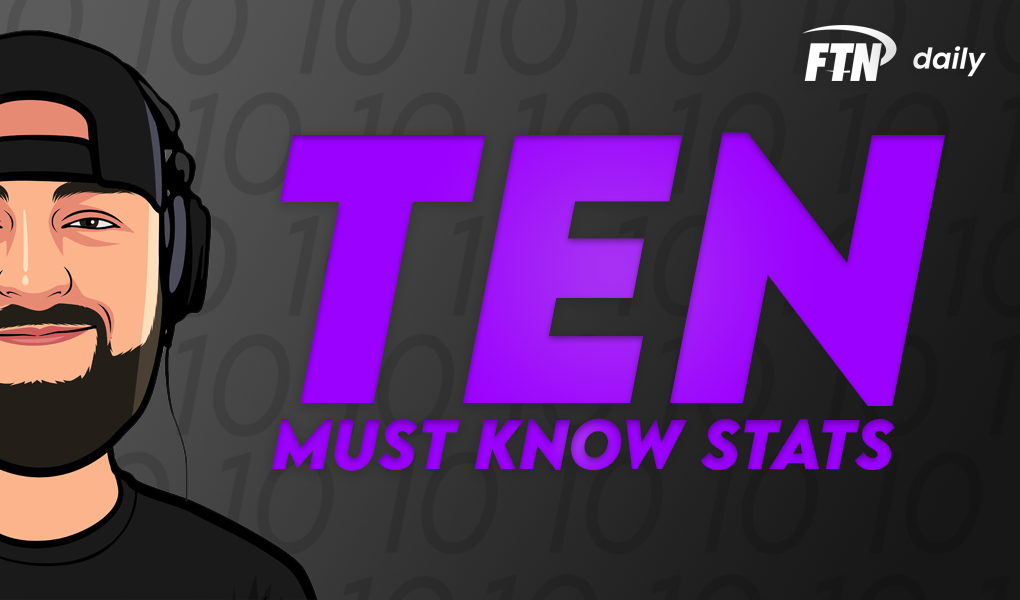 FTN's Derek Brown offers up 10 key stats to know for bettors preparing for Week 10 of the NFL season.

Every week during the NFL season, I’ll be diving into 10 must-know stats for betting to help pull back the curtain in various ways. Highlighting game scripts, matchups, defensive plans of attack, and much more, this article will help you as you prepare to bet on Week 10.

The Washington defense has been simply atrocious against tight ends. Ron Rivera’s guys rank 32nd in DVOA against the tight end. They have allowed the third-most receiving touchdowns (6) overall and the sixth-most (10.3) fantasy points per game to tight ends. Hockenson has a 20% target share since Detroit’s bye. With Kenny Golladay on the mend, he’s been an integral cog for this passing...