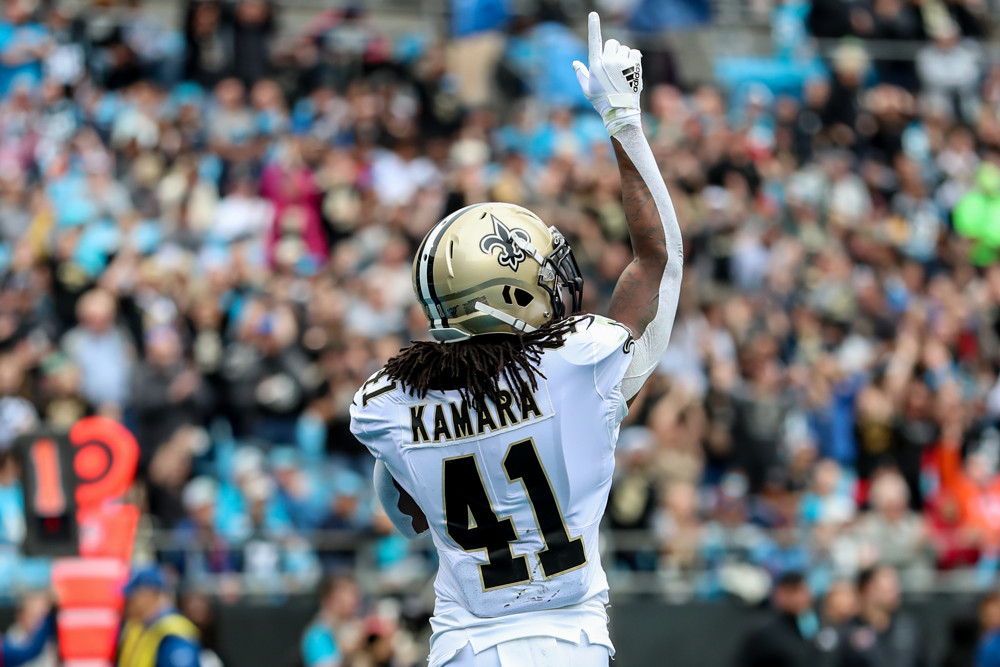 The first NFL Sunday of the regular season is exactly two months away, so now seems like an opportune time to dip my toes into the season-long player prop market.

As the season approaches, I will certainly log more player props in the FTN Bet Tracker -- because props are kind of my thing -- but in this piece, I highlight the five player props that most stood out to me this morning when I surveyed the market.

A word on my approach to season-long props: I bet unders almost exclusively.

Sportsbooks tend to set lines for players near the top of their ranges of outcomes, and that means that almost everything needs to go right for a player for his season-long overs to hit: He needs to stay healthy, he needs to receive expected volume, and he needs to play efficiently (or at least not inefficiently).

And for most players, the odds are that not everything will go according to plan over the course of the season -- and that creates value on unders.

Why do sportsbooks tend to set their lines high?

They’re simply not good at setting season-long player props, in part because they don’t care to invest the time and effort required to do them better. For books, props are glorified marketing tools. It’s more important for them to focus on sides and totals, and so they set rough prop lines and then put limits on them to mitigate their likely losses.

Also, from a sports psychology perspective, casual bettors are inclined to put most of their action on overs, as they’re likelier to bet on players they like than against players they dislike, which means that books are incentivized to shade their lines high.

So unless I absolutely love a player’s projections, I usually bet unders.

Given that I’m a pessimist by nature, that skeptical approach suits me just fine.

I know I just said that overs tend to lose -- but I can’t help myself with Najee Harris. I’m very high on him in my updated dynasty fantasy football rankings, and that’s because he’s a true lead back with a three-down skill set. He has the size (6-foot-2 and 230 pounds) to be an early-down grinder and the receiving ability (43-425-4 receiving 13 games as a senior) to see steady work on passing downs.

I expect Harris to get the 2014-17 Le'Veon Bell treatment with the Steelers, and Bell put up 6,737 scrimmage yards in just 49 games across his four final regular seasons in Pittsburgh. And after Bell, James Conner put up 1,470 yards in 13 games in 2018.

It’s true that 1,350.5 yards is a high number, but four of the five running backs to enter the NFL over the past half decade with Round 1 draft capital and elite size (at least 220 pounds) have played well as rookies.

Kadarius Toney has Round 1 draft capital and nice speed (4.41-second 40-yard dash), but he didn’t break out until his final year of collegiate eligibility, and that’s a massive red flag, suggesting that he’s less of a football player and more of an athlete -- and that’s the kind of guy I want to bet against as a rookie.

It doesn’t help Toney at all that he could literally be No. 7 on the team in targets, behind wide receivers Kenny Golladay, Sterling Shepard and Darius Slayton, running back Saquon Barkley, and tight ends Evan Engram and Kyle Rudolph.

On top of that, the Giants are still likely to underwhelm with quarterback Daniel Jones and offensive coordinator Jason Garrett guiding their offense.

Toney is just begging to be faded.

In our official FTN 2021 NFL projections, we have Toney slated for 468 yards -- and even that feels optimistic to me.

The first fantasy football piece I ever wrote was on T.Y. Hilton, so I love the guy -- but time’s winged chariot is hurrying near for the soon-to-be 32-year-old slowing speedster. (By the way, yes, that is an Andrew Marvell reference, thanks for noticing, very observant of you.)

Only once in the past four years has Hilton had more than 62.5 receptions and, in the three seasons, he fell short an extra game likely would not have mattered.

Hilton has no established rapport with quarterback Carson Wentz, and he will need to compete for targets with promising wide receivers Michael Pittman Jr. and Parris Campbell.

The last time Alvin Kamara rushed for at least 975.5 yards in a season was 2014 -- at Hutchinson Community College.

Without quarterback Drew Brees, the Saints offense could be much worse, and Kamara will still need to compete for snaps with backup Latavius Murray and quarterback Taysom Hill, who combined last year for 233 carries.

A.J. Green might not even be a top-three wide receiver for the Cardinals in 2021. Last year, despite ranking No. 11 in the league with 24 targets of 20-plus yards, Green finished with just 523 yards receiving. His 5.0 yards per target on 104 targets in 16 games was downright 2016 Tavon Austin-esque.

In 2020, Green looked slow and brittle -- and he turns 33 years old before the season starts.

This line feels about 100 yards too high.