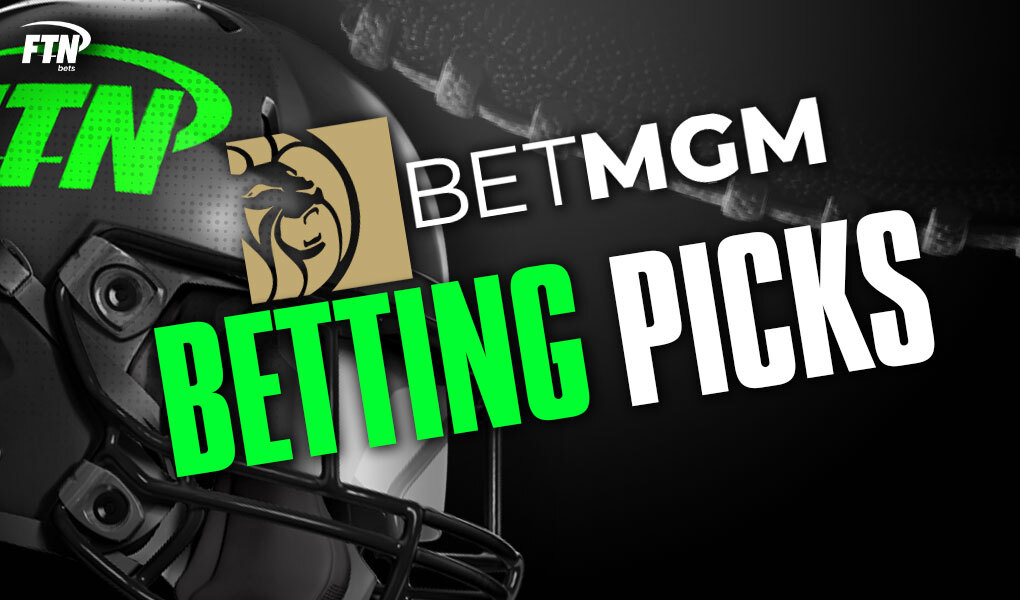 FTN's Josh Gross highlights three of his favorite bets on BetMGM for Week 4 of the NFL season.

The NFL season is in Week 4, and I will be helping each week identify the three best bets on BetMGM. We are in the midst of a long 18-week NFL season. As a friendly reminder, always be sure to shop around for the best possible prices. The easiest way to do so is by using our free Prop Shop. Plug in the name of the player you are searching, and all their prop markets will come up. This article will not only identify three of the best bets each week but offer the best possible price on the market.

So, let’s dive into this week's selections.

After seeing six targets once Jacoby Brissett took over in Week 2, Mike Gesicki saw 12 in Week 3. And of course, that was with Will Fuller returning to the lineup. Brissett loved using his tight ends while with the Colts, as Jack Doyle was second in targets in both years Brissett was the primary starter. Gesicki’s snap count went from 39% to 64% to 66% over the first three weeks, and with Brissett back under center, I anticipate a similar target share for the Dolphins tight end.

Jalen Hurts should run and run

One of the biggest problems with the Eagles’ offense Monday night was Jalen Hurts not utilizing his legs. It was the first time since taking over as starting quarterback last season (excluding Week 17 when he sat the second half) in which he failed to go over 60 rushing yards. Now he gets a Chiefs team in a game where both sides of the football should be playing with tempo, and a defense that has struggled against mobile quarterbacks (notably Lamar Jackson). Hurts should find plenty of space to run here, especially if it gets ugly and the Chiefs drop back on defense to play for the pass attack.

The Rams could have Kyler Murray’s number

In four career starts against the Rams, Kyler Murray has thrown an interception in three of four. The game he did not throw an interception was Week 17 when he left the game early due to injury. The Rams do a good job of collapsing the pocket and forcing throws, and with their secondary, it’s pretty difficult not to walk into an interception. With the Rams currently five-point home favorites, and an average margin of defeat of 13.75 points over four meetings against Murray under Sean McVay, the Cardinals should be passing often late in this one, with Murray forcing some throws into tight spaces.