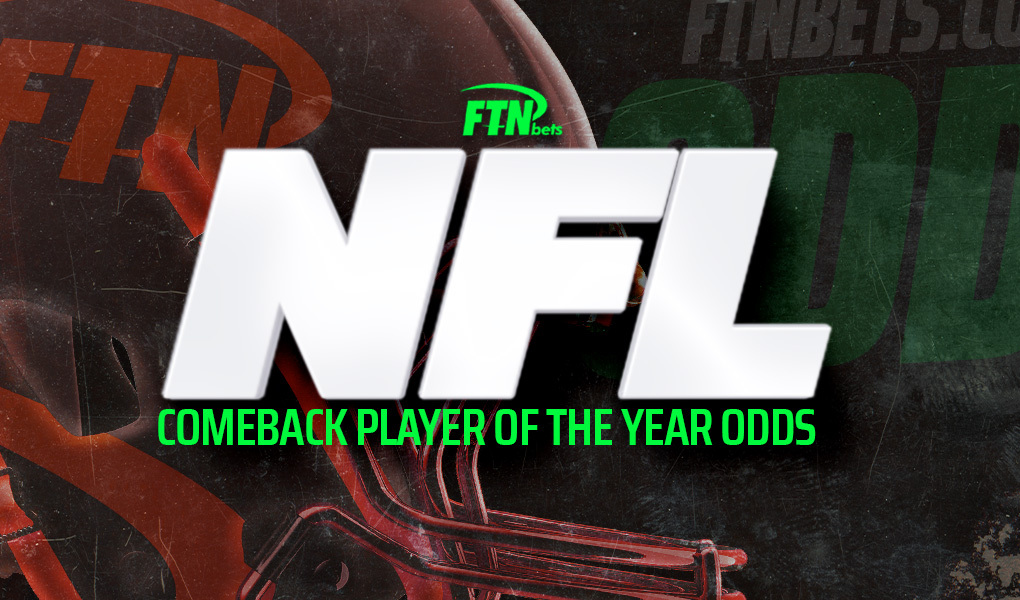 FTN's Doug Ziefel handicaps the race to be win the NFL Comeback Player of the Year Award in the 2022 season.

Everybody loves a good comeback story, and this year there are quite a few guys that will make NFL fans rejoice upon their return to the field. Last season’s winner, Joe Burrow, was the talk of the nation as he came back from a knee injury to lead his team to the Super Bowl. Let’s take an in-depth look at the odds and find this year’s NFL Comeback Player of the Year.

Here are the top 10 candidates for to take home this year’s award.

Why is Derrick Henry the Favorite?

Last season “King Henry” was well on his way to another season as the NFL’s top rusher before a foot injury derailed his campaign. However, Henry’s resolve was shown as he was able to return from injury for the Titans’ Divisional Round playoff game. That said, Henry was unable to make the biggest impact in that game as he only averaged 3.1 yards per carry.

His prospects for this season are sky high, as prior to his injury, Henry was arguably the best running back in the NFL. He led the NFL in attempts, rushing yards, and rushing touchdowns in both 2019 and 2020. If Henry can regain his pre-injury form, he may be a lock for the award.

Carolina’s star running back is being wildly undervalued in these opening odds. Yes, Christian McCaffrey missed significant time in both 2020 and 2021. But he’s only 25 years old. Let’s not forget what he did when he was healthy in 2019. He was the ultimate threat out of the backfield, as he led the NFL in yards from scrimmage, proving to be an elite runner and receiver.

We know this is a quarterback’s award, and Marcus Mariota may be the forgotten man who has the most upside at the position. The former No. 2 overall pick had peaks and valleys during his time in Tennessee. However, he’s earned a second chance to begin the year as a starter with Atlanta. He earned that opportunity by displaying tremendous upside in the handful of chances he got as the Raiders’ backup. Mariota is an experienced dual-threat quarterback who could make some noise as he attempts to revive his career.

How To Bet On NFL Comeback Player of the Year odds

NFL Comeback Player of the Year odds are their juiciest before the season, so it is ideal to get them while the value is at its highest. So, say you like Marcus Mariota to take home the award this year. A winning bet placed now would line your pocket nicely as it would turn $100 into $1,300.